Portfolio:
All PortraitureArchitectureSculptureDecorBooks
Home   ›   Portfolio   ›
Plant a tree (2017)     ‹ Back to portfolio 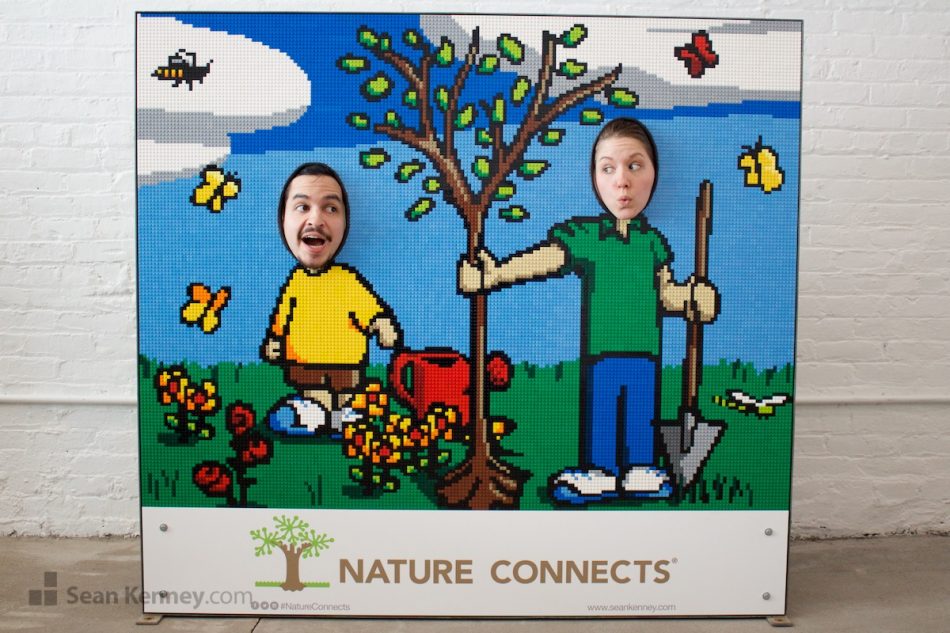 This sculpture is part of my award-winning traveling exhibition, Nature Connects. Check the exhibit schedule

In 2017 I decided to refresh the “Plant a Tree” mural that I originally made in 2012.  While fundamentally the same, the newer mural has softer color shading, some better lines, and better-sized face openings. In updating the drawing, I decided to use lower contrast colors for shadows (the 2012 version uses black for a lot of shadows instead of darker greens, blues, and reds) and redrew a lot of areas that were “muddled” or clumpy, like the shoes and flowers.

The mural began life as a pencil sketch cartoon, which I first drew on paper and then scanned into my computer.  My style is noticeably influenced here by one of my favorite cartoonists Charles Shultz (Peanuts), noticeable in the proportions of the child and the style of the grass background. I wanted the act of planting a tree to look exciting, so I added lots of flowers, insects, and butterflies to the scene to make it more vibrant and lively. The mural is part of my traveling exhibit Nature Connects, which is currently touring the North America, Europe, and Asia. This sculpture is part of my award-winning traveling exhibition, Nature Connects.

Sean's LEGO exhibits have been traveling the world for over 10 years. His work showcases the art of the LEGO brick medium in a way that is true to the artist, while remaining fun, educational, and beautiful. Collectively, Sean's body of work is one of the world's largest collections of LEGO art, and is on display in multiple cities around the world. Check out the exhibit schedule to see if one of Sean's LEGO exhibits is coming to your town soon!

See this sculpture on tour

Learn more about the exhibit