Portfolio:
All PortraitureArchitectureSculptureDecorBooks
Home   ›   Portfolio   ›
Bridge traffic     ‹ Back to portfolio

A line of exactly 1,803 miniature cars stretches 143 feet long and carries the same number of people as a tiny 30-inch subway train. 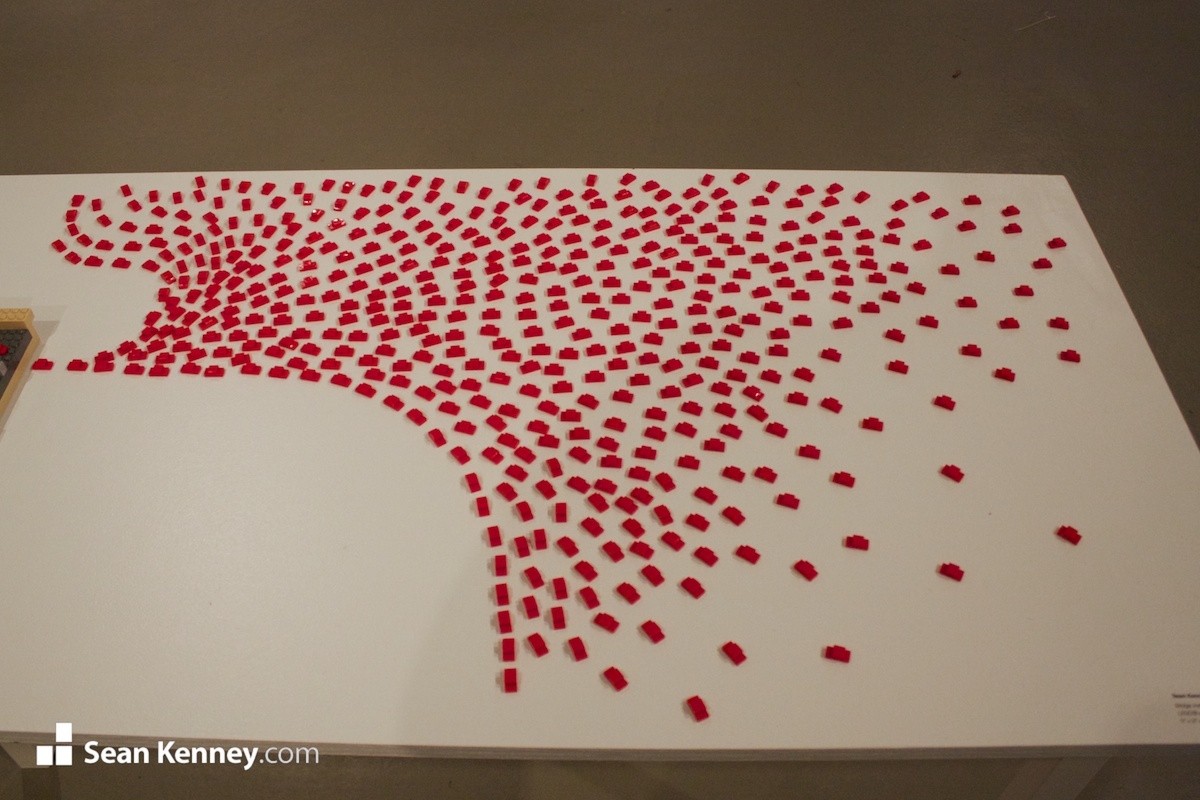 This was designed as an infographic moreso than a statement; the cars, train, and bridge are all built perfectly to scale. I was shocked to learn that a train car is nearly as wide as a car and only 2.5 times longer, yet holds over 150 times more people at (not over) capacity. 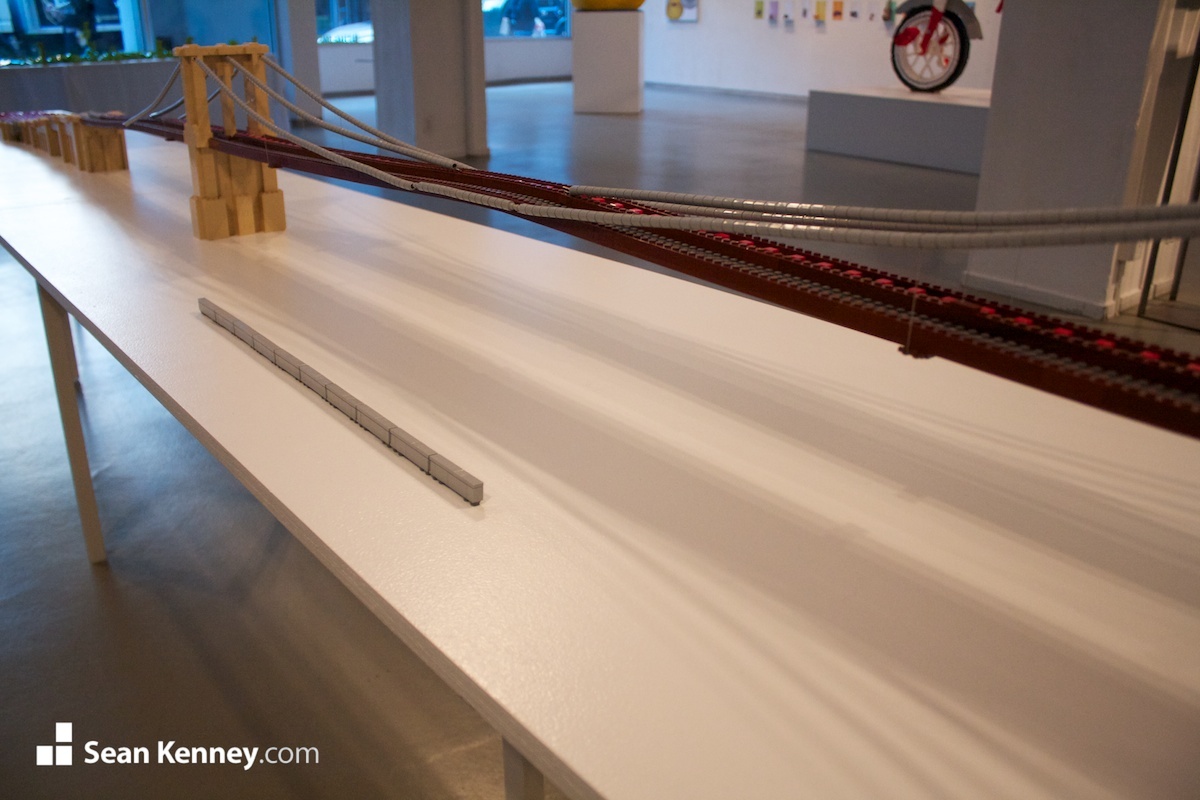 Obese piles of cars pool up on either end of a simplified model of the Brooklyn Bridge, also to scale, which measures about 20 feet long. 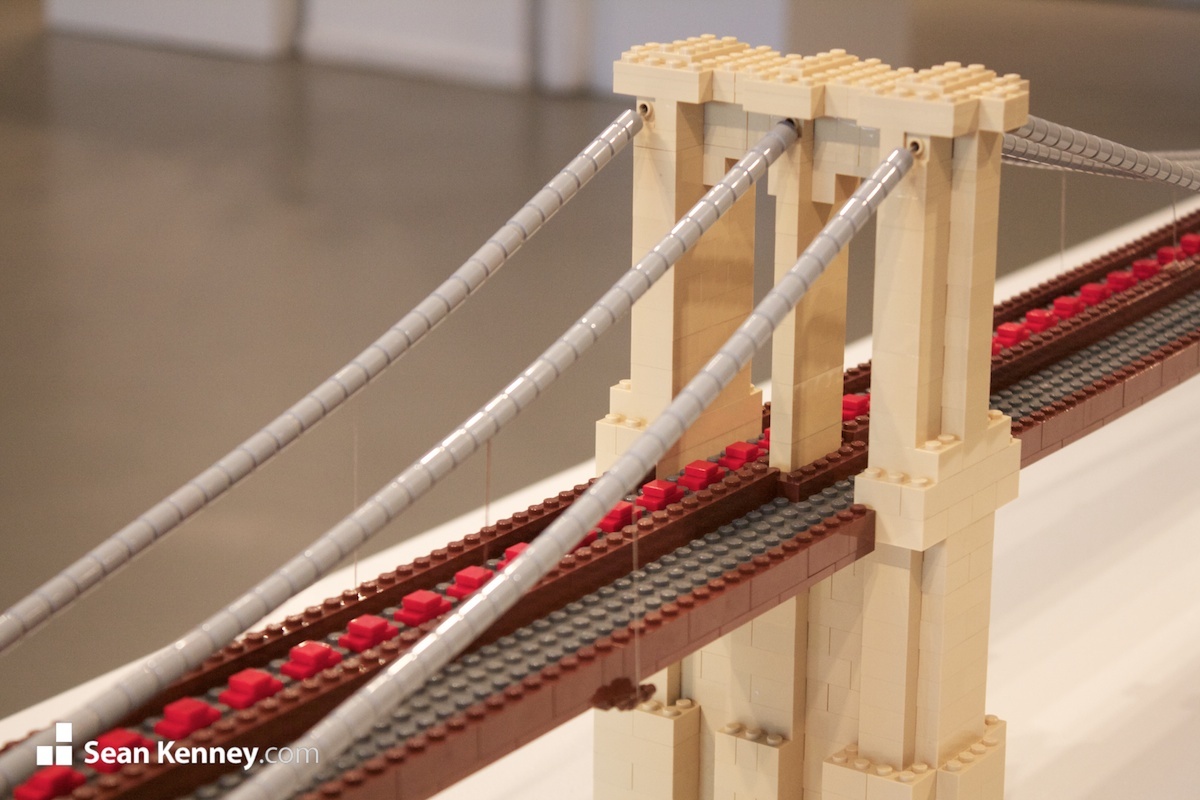 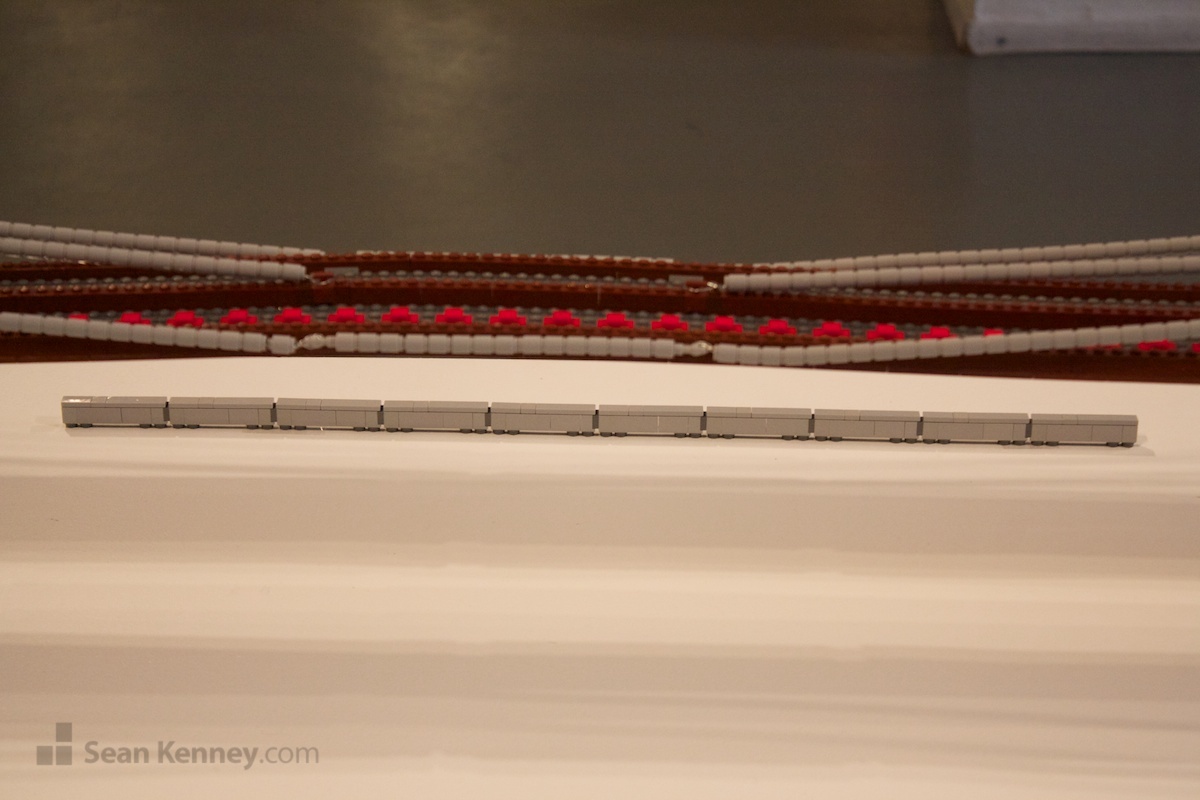 And where on earth are people going to put these cars once they arrive? 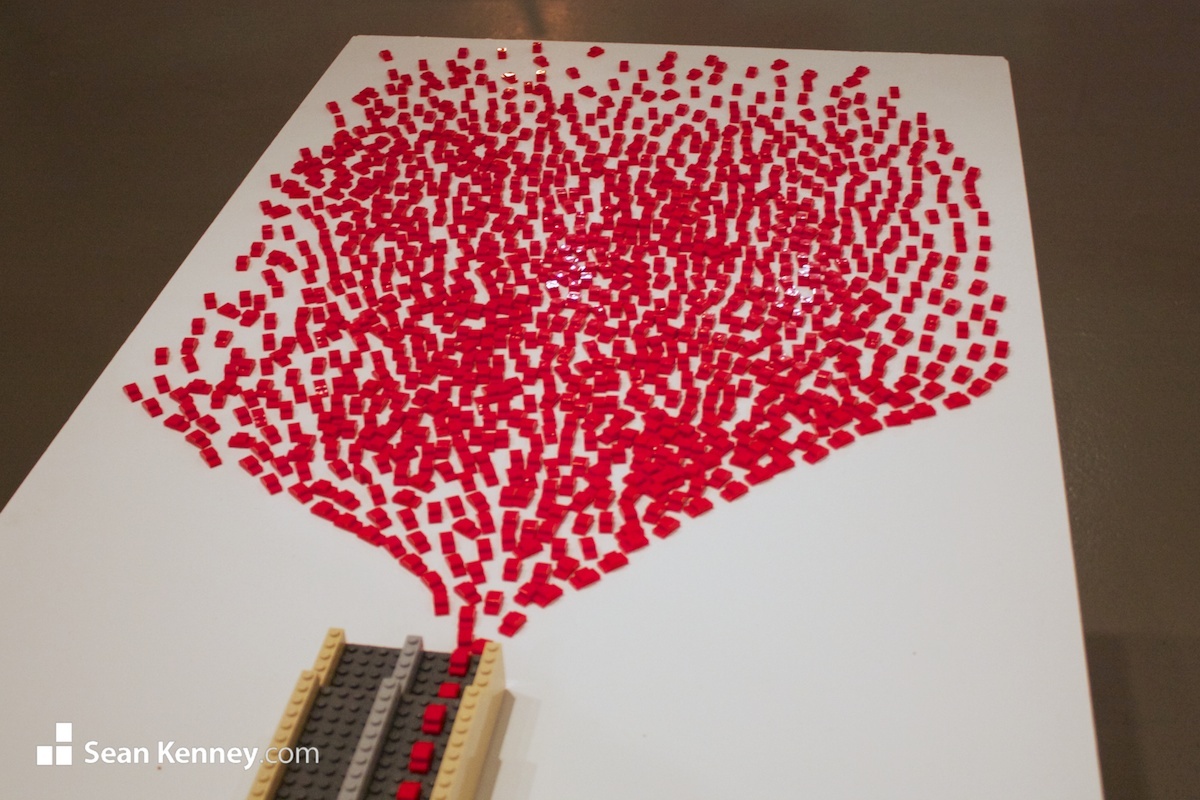 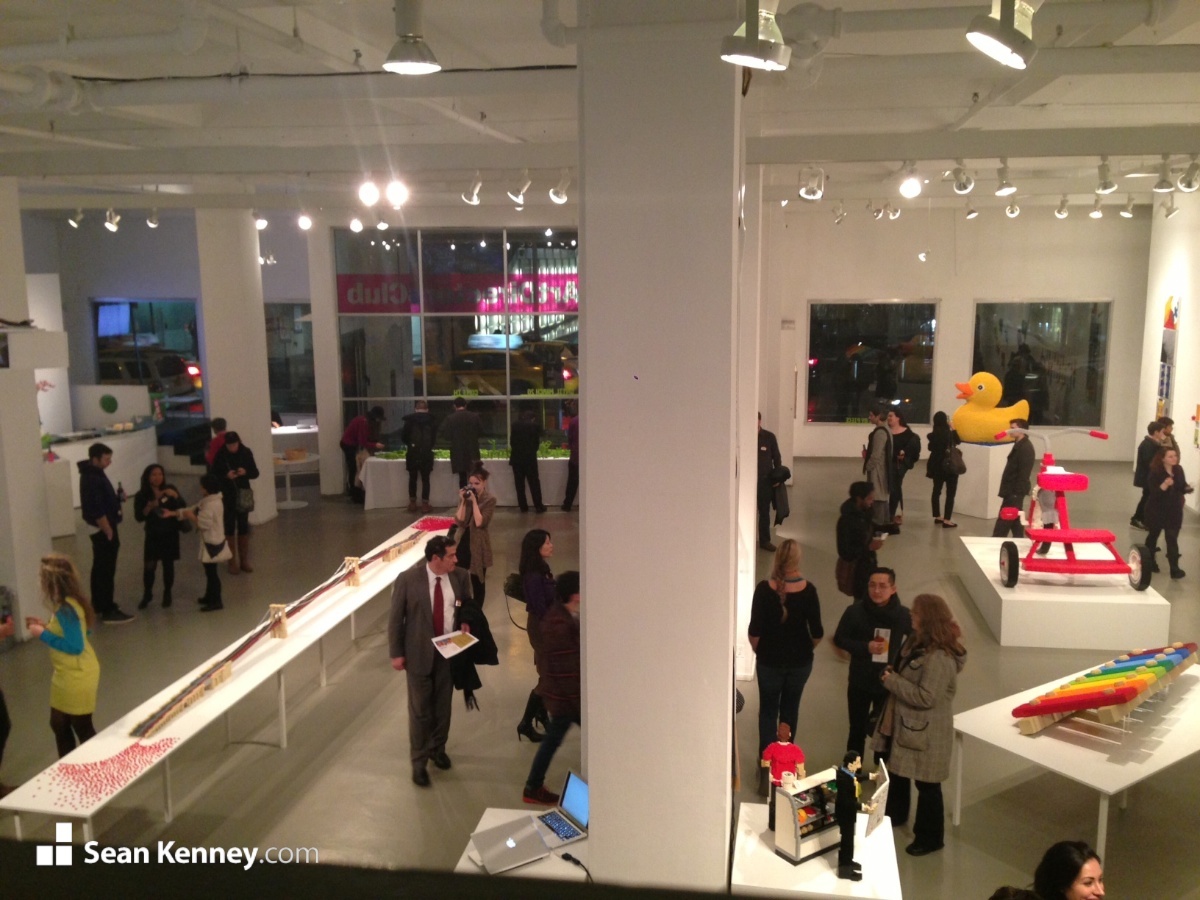 This sculpture is part of my art show, Piece by Piece, which premiered in New York City in March 2013.