Portfolio:
All PortraitureArchitectureSculptureDecorBooks
Home   ›   Portfolio   ›
Nicholas Conservatory     ‹ Back to portfolio 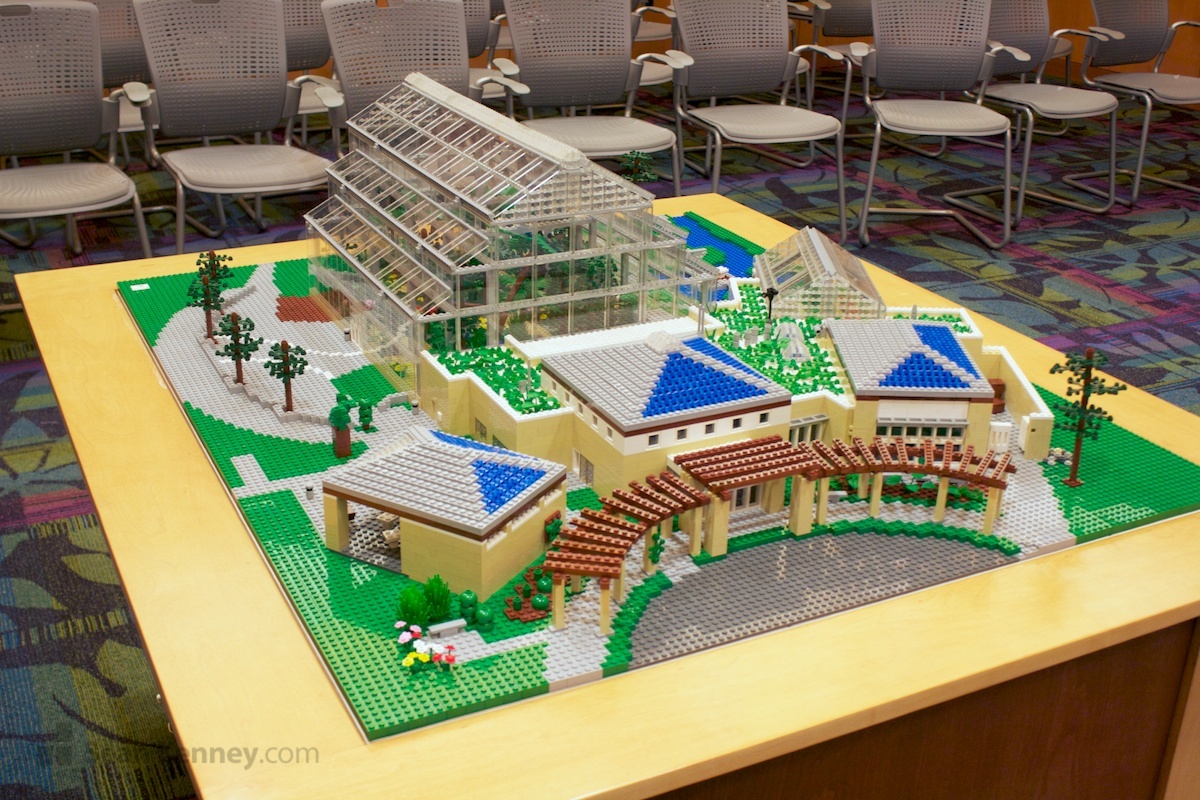 I constructed this scale model of the Nicholas Conservatory in Rockford IL over the course of a three-day public event. The model will remain on permanent public display at the conservatory.


Come visit! This model of the Nicholas Conservatory is on display at the real conservatory. Visitor information 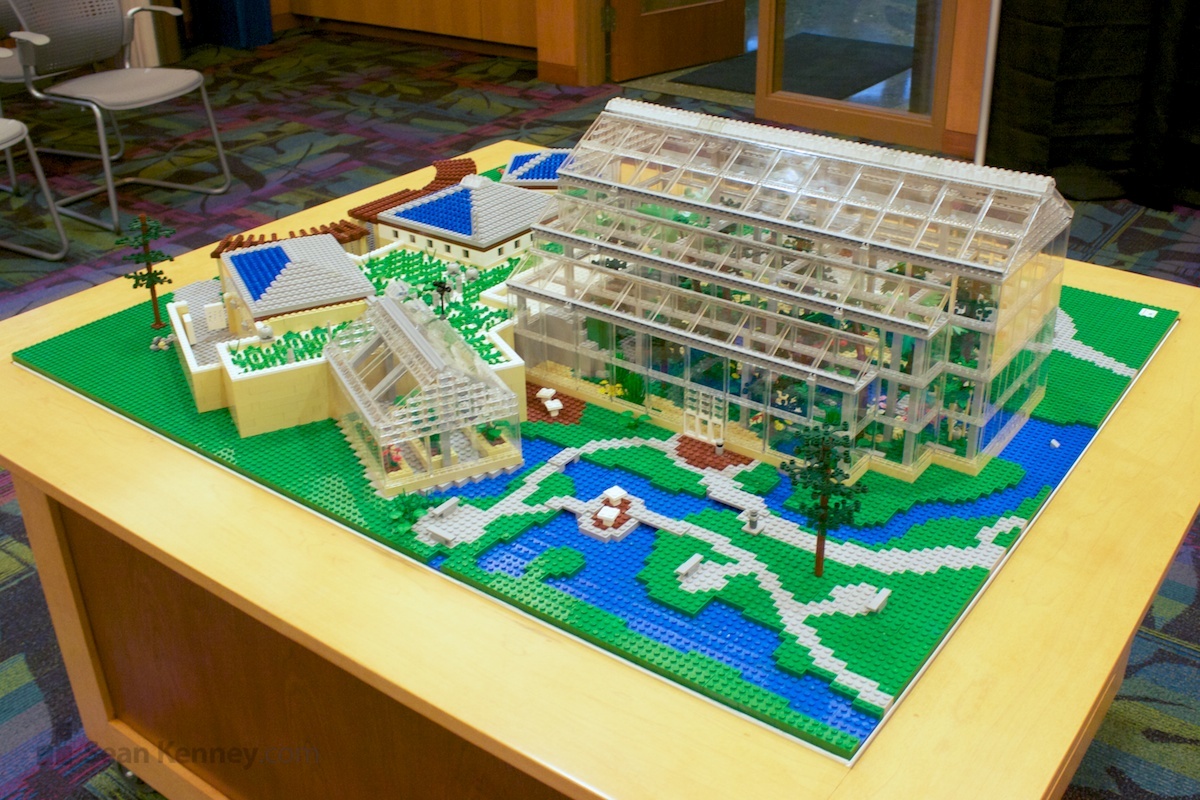 The model is about four feet long and contains about 14,500 LEGO pieces. Normally when building scale models, I only need to worry about the exterior, but the giant glass greenhouse conservatory on the back of this building was an interesting challenge... I had to build a completely transparent structure, and the interior too! 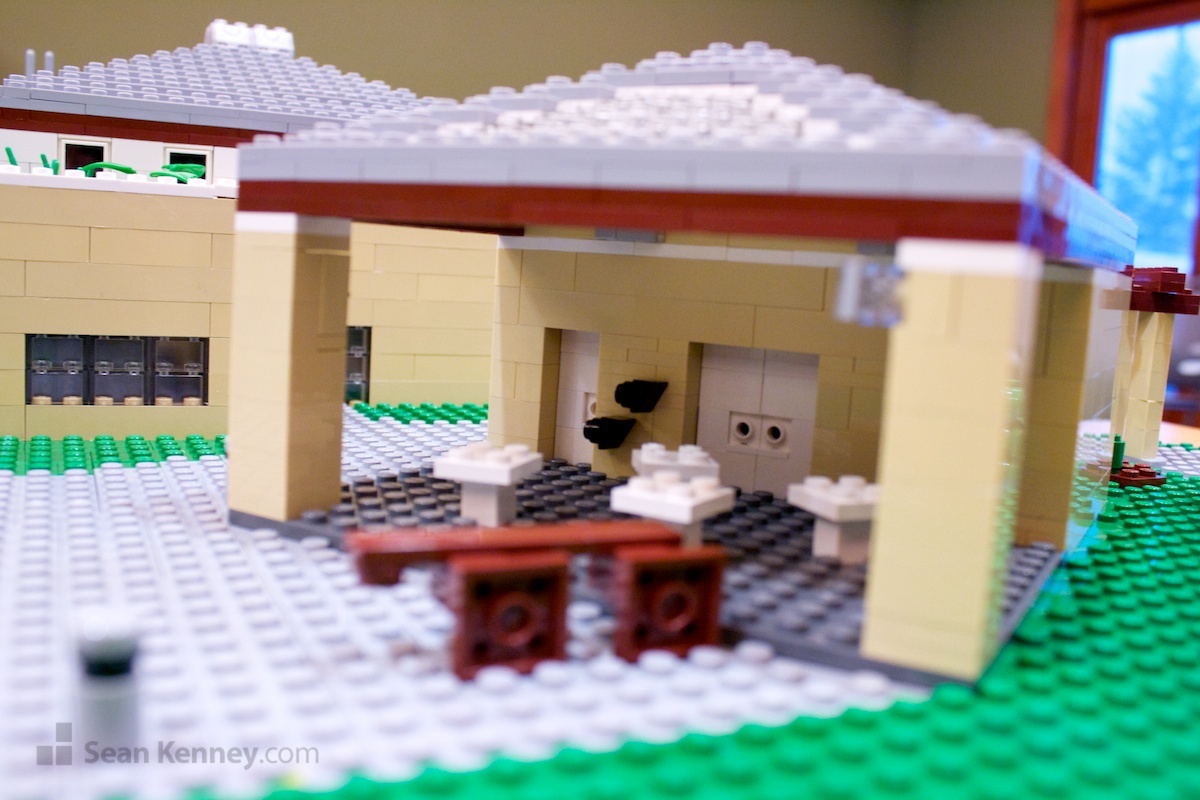 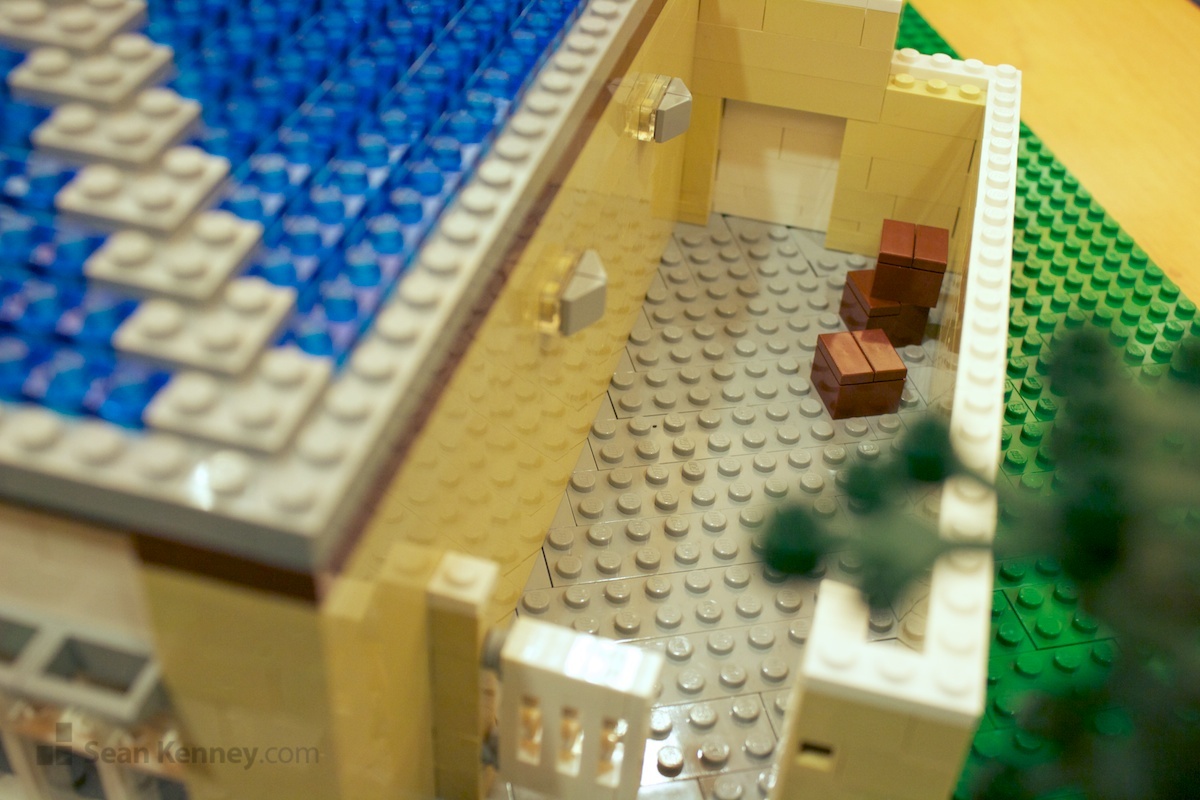 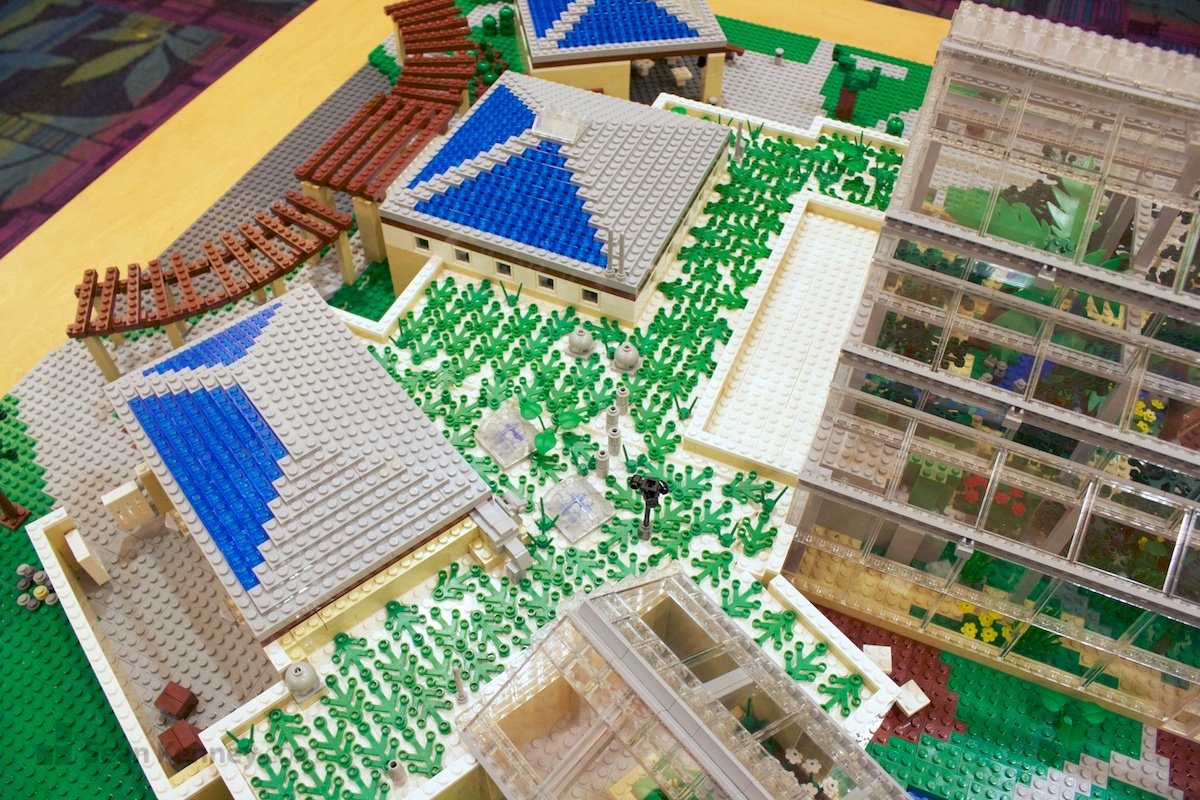 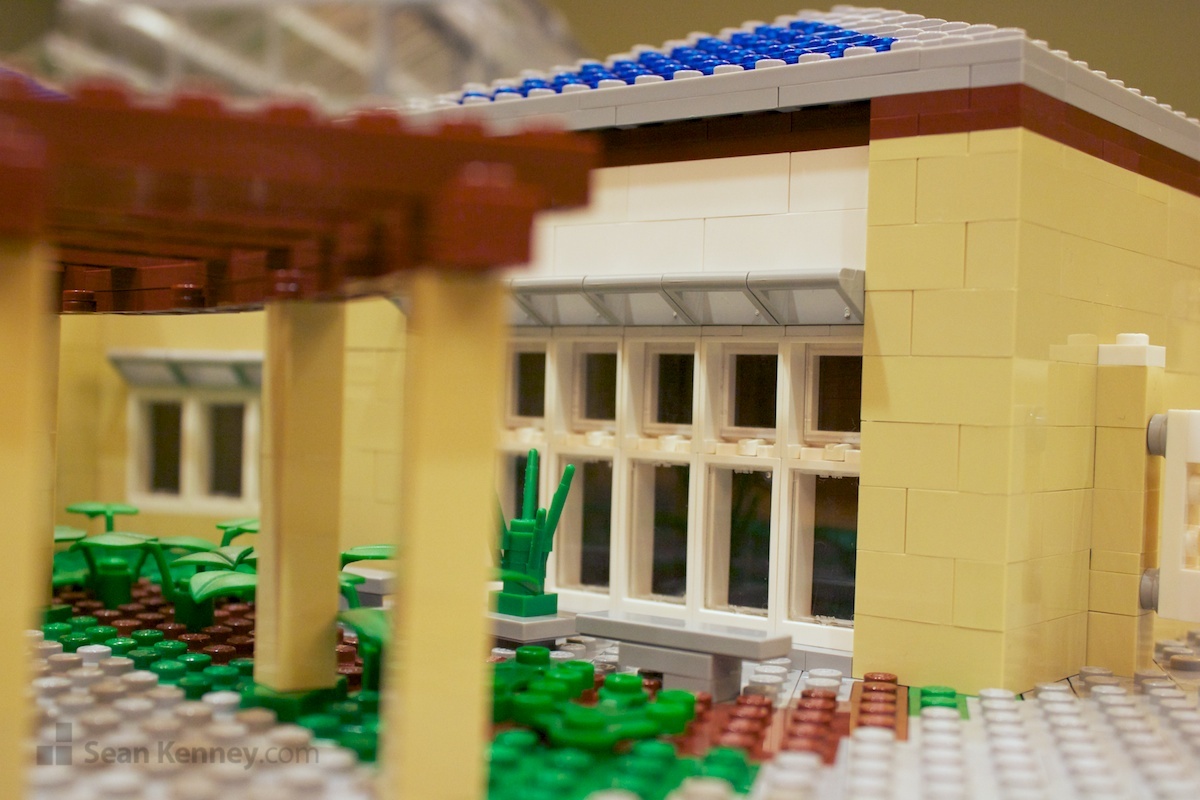 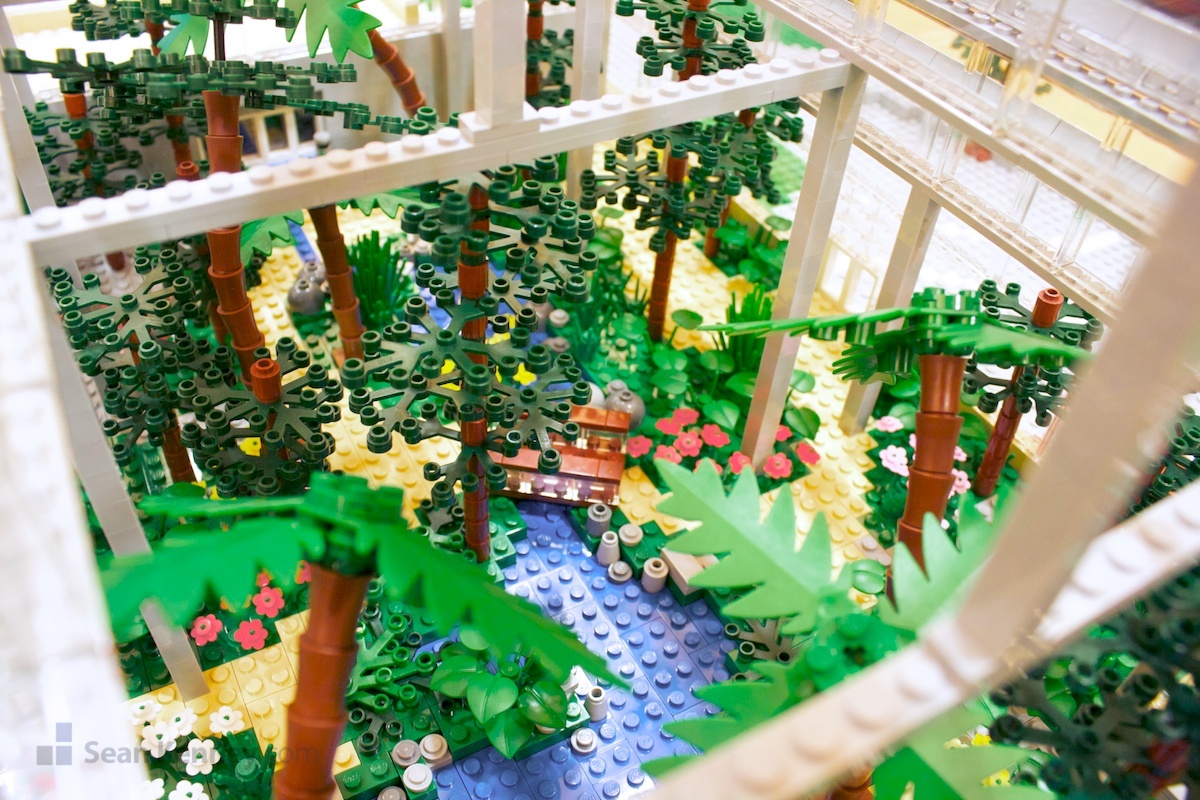 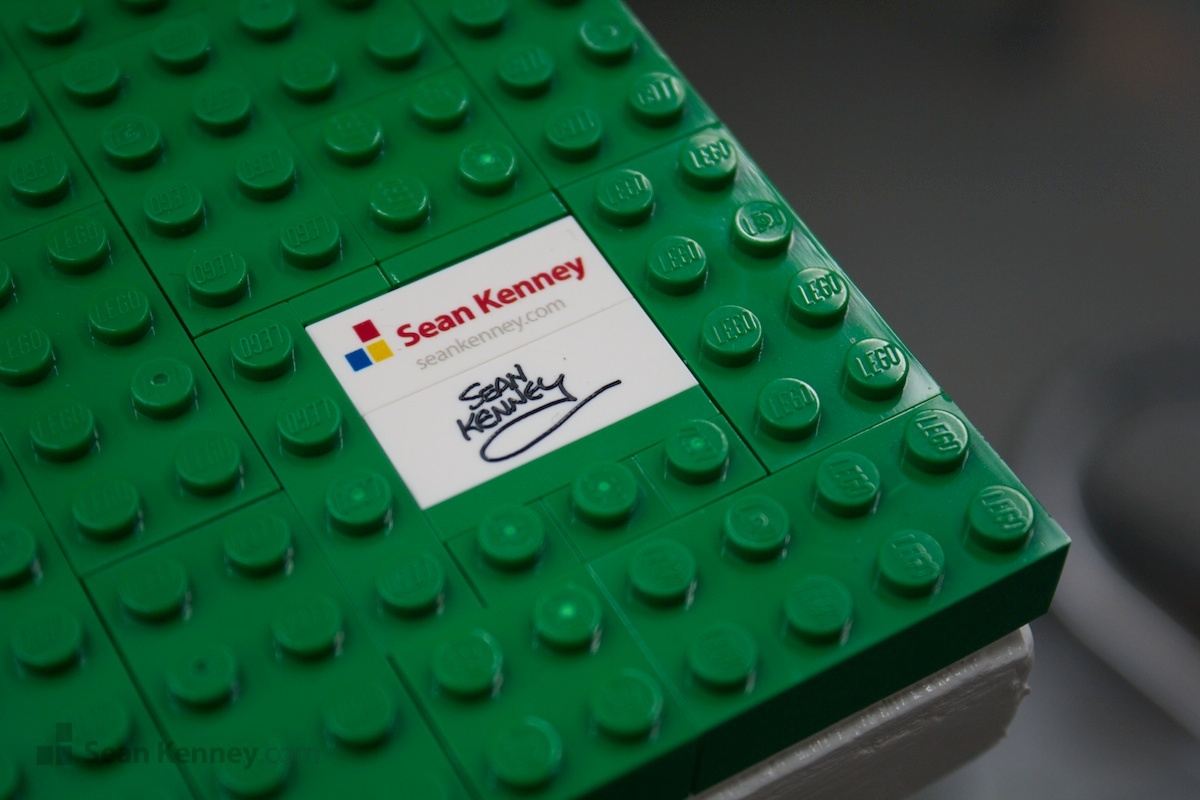 I usually tuck a "signature brick" like this one somewhere on every one of my models.

We spent several weeks looking at floor plans and satellite photos, and then a week building the base layer. Everything was then shipped out to the real conservatory, where I built the buildings, landscaping, and the greenhouse interiors over the course of three days as families and kids came by to watch. 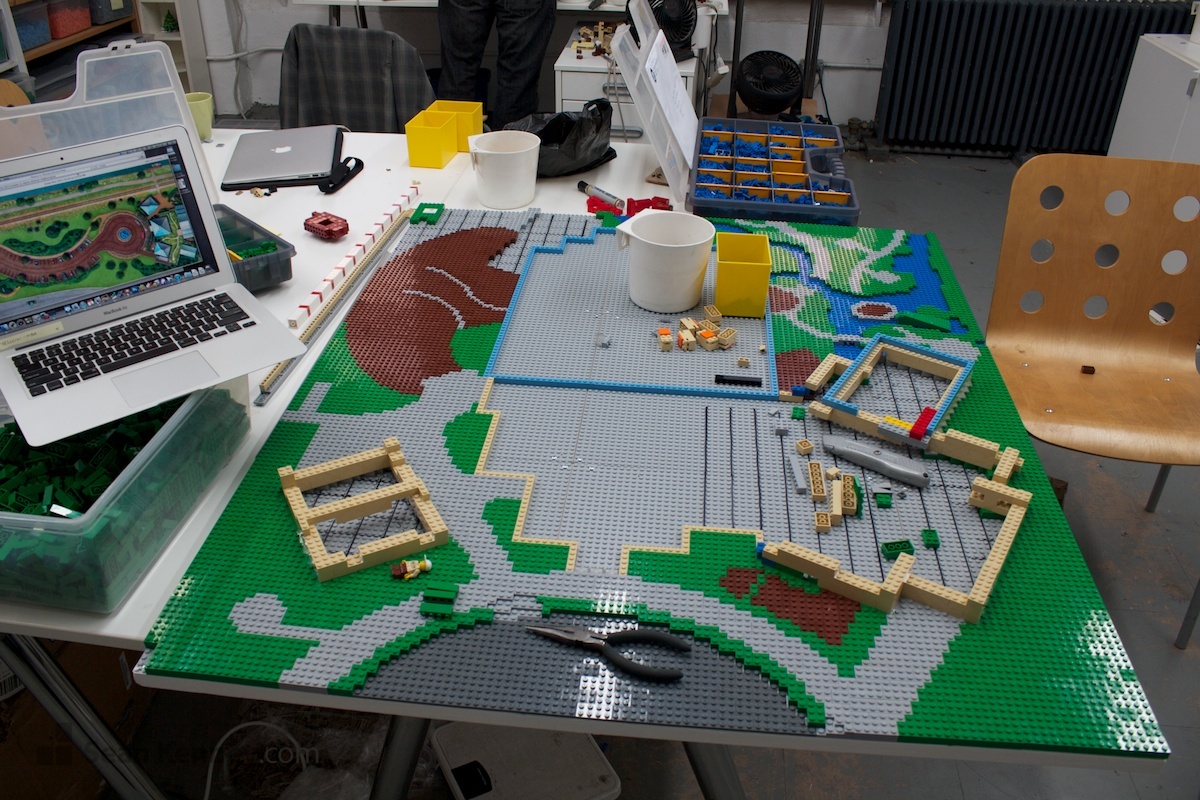 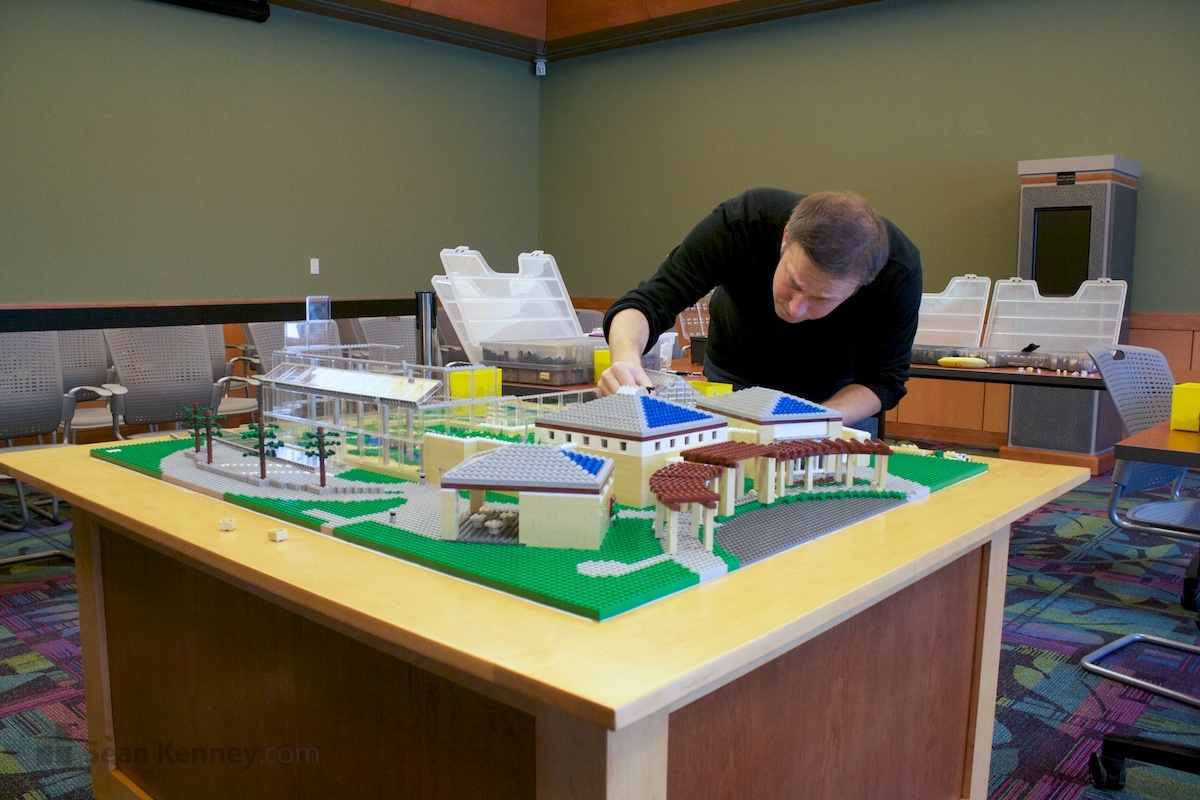 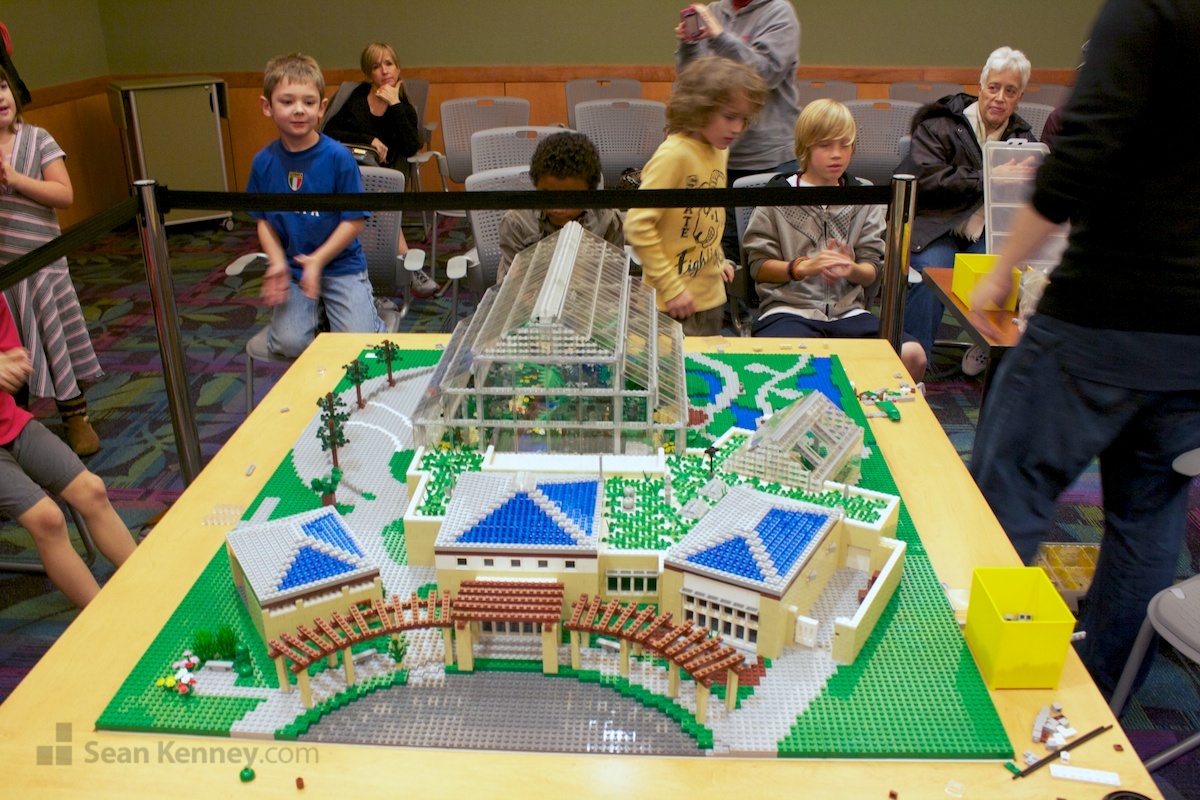 I challenged myself to make sure that the beams and structures inside the greenhouse looked the same way that they do in real life. I couldn't glue anything (since it was built in public and the glues are toxic) and I couldn't "cheat" the structure by building it thicker or with extra supports because it was transparent. I also had to do this about 1,000 miles away from my studio without the millions of parts I might otherwise rely on while building and designing. I had to make it up on the fly, and it had to be sturdy, visually accurate, precise. I ended up nearly replicating the actual architecture of the conservatory structure very accurately in order for it to look correct. (The one thing I had going in my favor was that I was at the actual building, so I could duck out, walk around, take some mental notes, and then run back in and build what I'd just seen!) 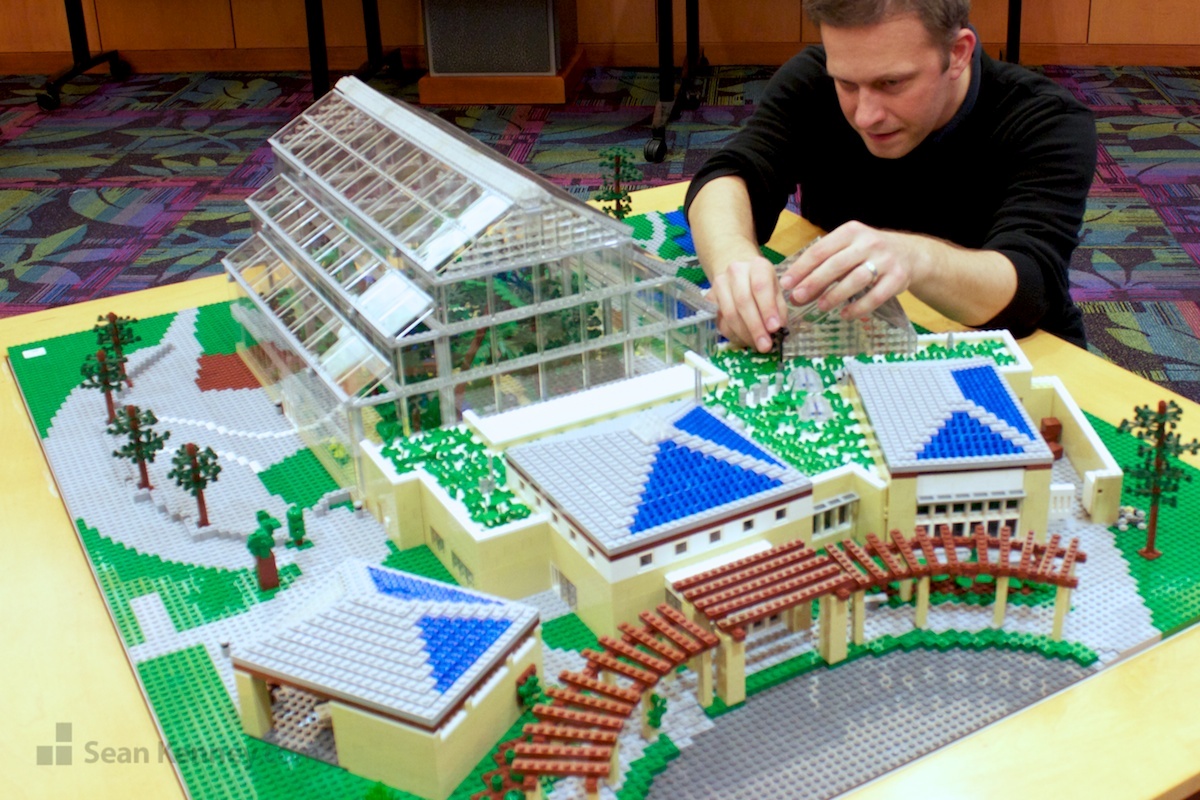