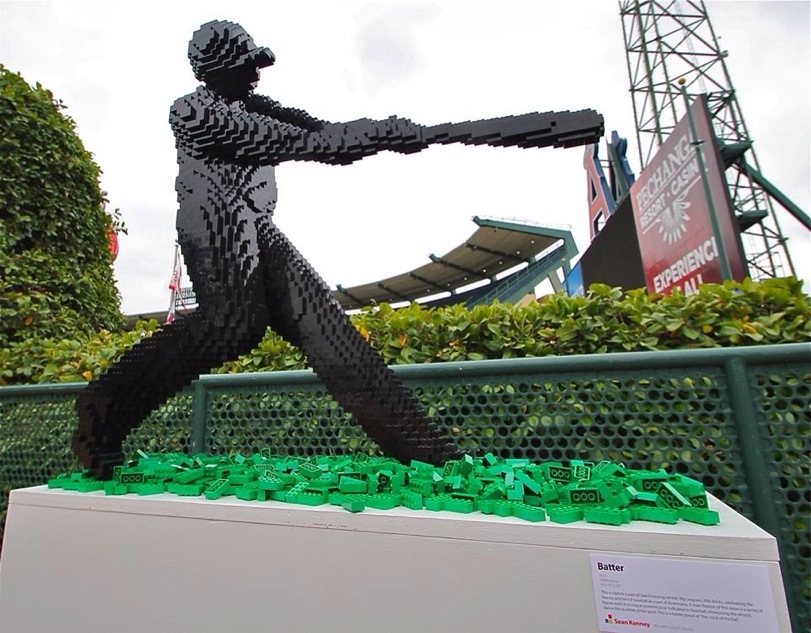 I worked together with Warner Bros Home Entertainment to produce this exhibit at Angles Stadium in Anaheim CA, promoting the DVD release of The LEGO Movie. My baseball-themed exhibit Big Leagues Little Bricks was on display at the stadium, along with a mural of The LEGO Movie DVD box that I created especially for this event. In conjunction with the event, we also launched a series of YouTube Videos that premiered the same day as this event. Visit Sean's exhibits
Work with Sean
More like this
2014
Events
Share this
About the studio
Sean Kenney is a renowned, award-winning artist who uses LEGO pieces to design and create contemporary sculpture, travelling exhibits, childrens books, and commercial products.
Contact us