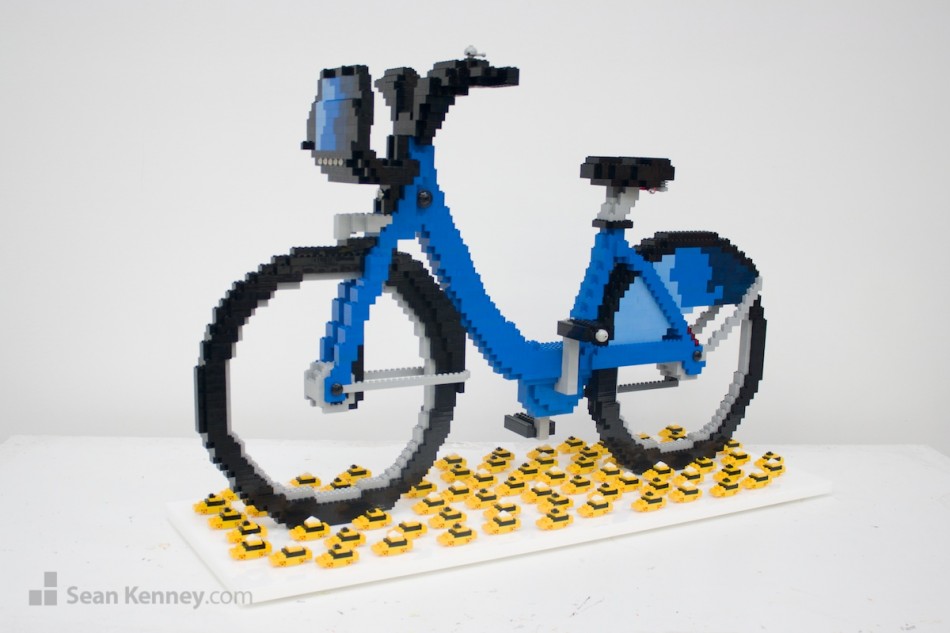 I was first asked to build a classic New York yellow cab, but as a livable streets advocate I have been very excited about New York’s new CitiBike bike share program.  Since bike share is the functional equivalent of taking a taxi, I opted to do this instead: a beautiful new bike triumphing over the clogged masses of taxi traffic. This piece serves as a bit of a visual pun on my own past work, staged identically to my piece Bicycle Triumphs Traffic.  The message is the same: riding bike share is a triumph over taking a taxi.  It’s cleaner, greener, healthier, faster, less expensive, more enjoyable, and all around better.  And wouldn’t you rather hear a bike bell than a car horn?