Portfolio:
All PortraitureArchitectureSculptureDecorBooks
Home   ›   Portfolio   ›
Pennsylvania Commonwealth     ‹ Back to portfolio 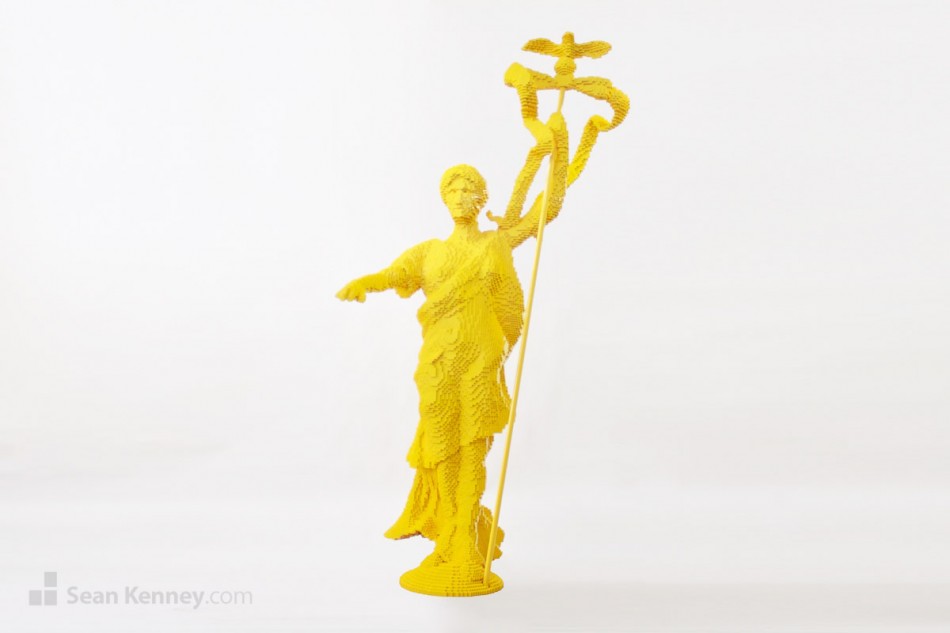 This replica of the Pennsylvania Commonwealth Statue known as “Miss Penn” was commissioned by the city of Harrisburg PA and stands proudly at their visitors’ center. Working from a miniature model of the statue and lots of photos, my assistant Jung Ah spent two months designing the sculpture.  It took a team of five additional people 760 hours over the course of two months to build the steel-reinforced sculpture.  The complex curves, precarious dangling ribbons, and detailed face all added to the complexity.

But the most complicated part was because the sculpture is too tall to fit inside a truck.  She was designed to separate mid-way into two sections…  Normally this a straightforward process, but this statue holds an 8-foot tall steel staff that could not be cut in half.  We ended up building the sculpture in three parts (top, bottom, and arm+staff) which were combined together onsite in Harrisburg as part of the installation.