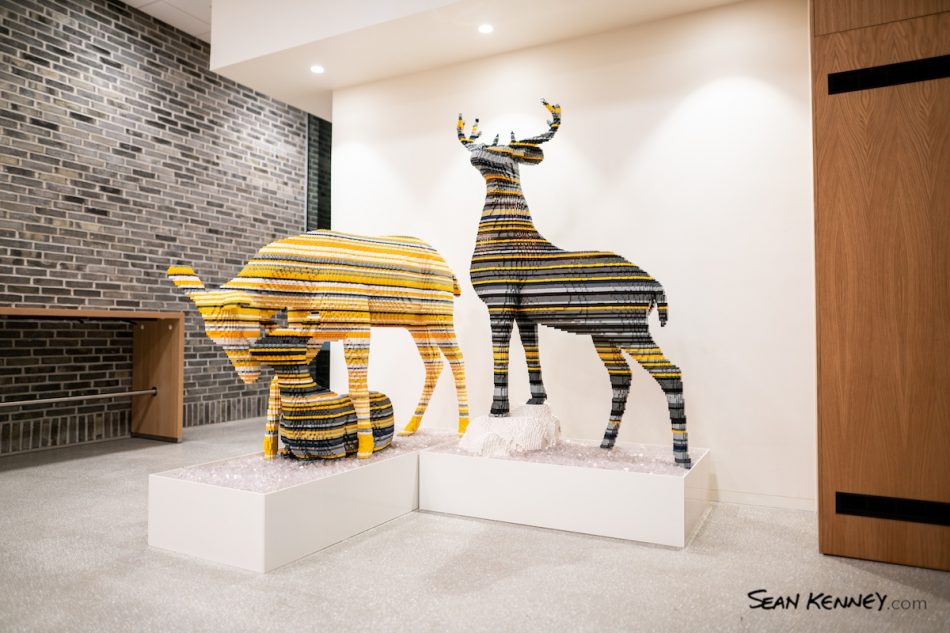 This set of sculptures was created specifically for The LEGO Company’s new office campus in Billund, Denmark.

After seeing the pop-art nature themed artwork in my traveling exhibit Nature POP, the LEGO company requested a custom-designed version of my Deer Family for one of their new office buildings.  We worked together with Copenhagen-based Artboost to create a custom installation that fit the aesthetic of the space while remaining true to the message of the piece. 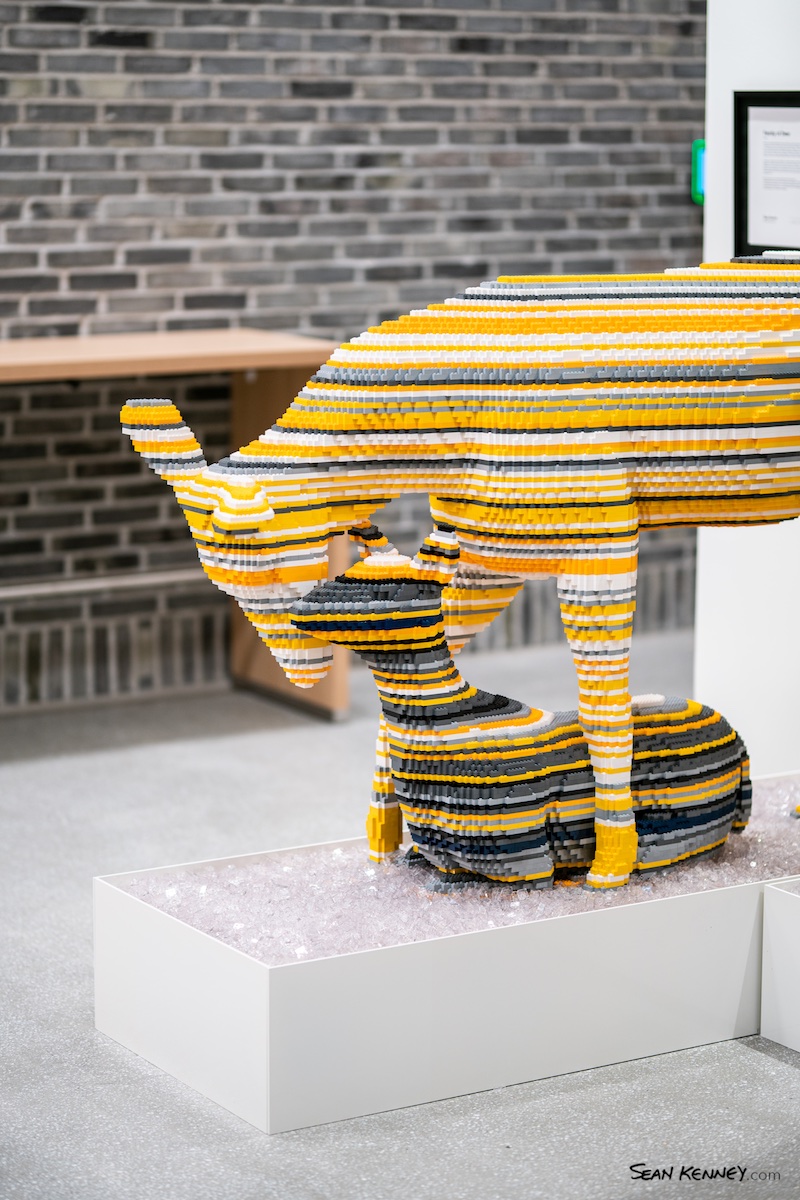 The family of deer, featuring a Doe, Fawn, and Buck, are all striped in various colors that call both to the LEGO company’s playful product line but also the professional setting of a modern office for adults.  The individual colors of the two parents combine and blend in their baby, who is a mixture of both.

Parents infuse themselves into their children — not just biologically — but also their values, culture, and believes.  They aim to not only protect and nurture their children, but strive to give a future to their children that is borne of them but better than they ever could have achieved.  The mixed blending of colors combined with the nurturing and protective poses of the figures speaks to these primitive forces that surge through every parent. About 15 years ago I paid my first of what was to become many visits to the LEGO company’s old office in Billund. In the lobby stood original sculptures built with LEGO bricks and other mixed media, created by Danish artists in the 1980s as part of an experimental project called “Homo Futuris”. During the decades prior to my visit, those sculptures had been a big part of my inspiration to create art with LEGO bricks, and I was not expecting to see them when I arrived. It was breathtaking and life-changing to see them in person.
I am humbled by the fact that my own work now stands in their place at the LEGO company’s new Billund campus.