Portfolio:
All PortraitureArchitectureSculptureDecorBooks
Home   ›   Portfolio   ›
The building blocks of NYC     ‹ Back to portfolio 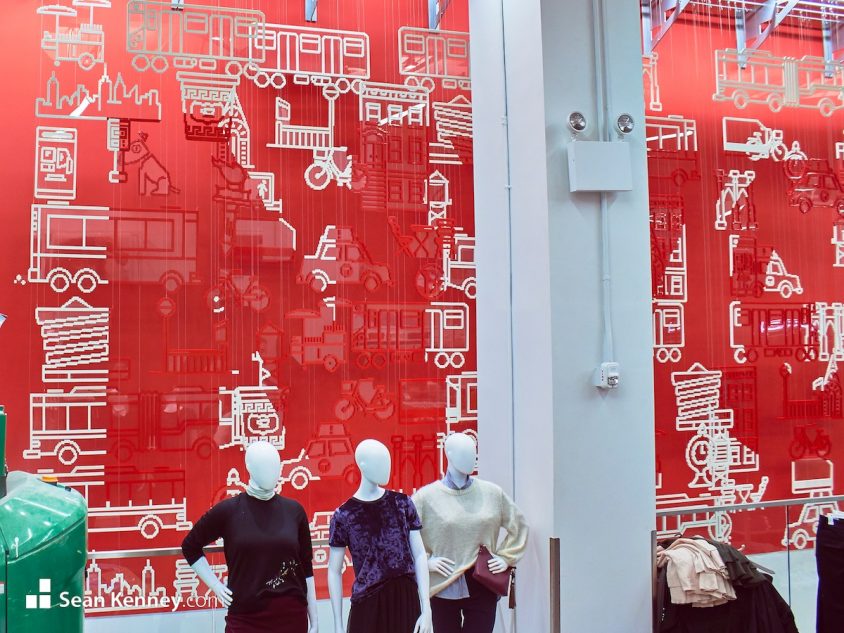 This hanging installation contains 105 individual New York City themed sculptures, built entirely with red and white LEGO pieces and staggered across the main wall of the store.  When viewed from the proper angle, the imagery lines up to form the letters “NYC”, symbolizing the idea that New York City itself is built upon the myriad individual components that make the city come to life.

This sculpture is installed at the Target Herald Square department store at 6th Avenue and 34th Street in Manhattan. Can you recognize and identify all the shapes? Each sculpture began as an original drawing, which was then scanned and digitized as a LEGO brick model.  The models were created by building only the lines of the drawing, held magically in place by hidden clear panels that were precision-cut to the exact shape of the LEGO forms.  The 105 models are attached to fine steel cables each measured and cut to precise dimensions so that every model would align properly to form the “NYC” visual. In all, the sculpture took several months and nearly 1000 hours to plan, research, experiment, design, and construct.  The final installation took a team of 6 people another 175 hours to install atop two cranes.