Portfolio:
All PortraitureArchitectureSculptureDecorBooks
Home   ›   Portfolio   ›
A grand day out in a yacht     ‹ Back to portfolio 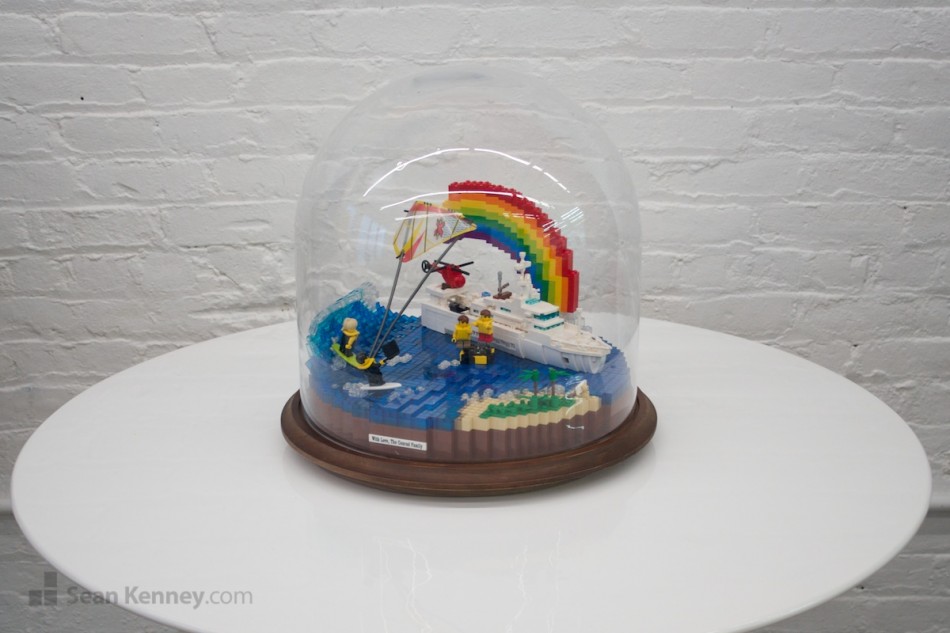 What do you get a man who’s worth 30 billion dollars? A LEGO model of his very big boat on an outing in the South Pacific. This crazy little model of Google founder Larry Page’s $445 Million yacht “Senses” out on a trip to the Marshall’s Islands was designed as a very special diorama and presented to him as a gift by a close personal friend. The diorama includes many inside jokes and notes from an adventurous trip on which the friends embarked, but presented in a way that would still read as fun and whimsical to those not “in” on the jokes. The entire diorama was encased in a custom hand-blown glass dome on a walnut base and engraved with a special message from the senders. I was immensely happy to hear that Larry and his wife Lucy described this as“phenomenal”, “incredible”, “thoughtful” and, humbling enough, “the best gift we have ever received”.